The One With Pioneer, Oh Pioneer. 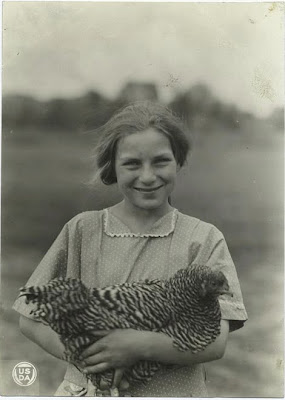 There's this memory I have.
One that had escaped for years.
But, I recently recalled it and was met with unequivocal joy.
And, looking back, realize how much affect it had on the person I've become.
And want to be.
You see, once, I was an absolute and complete suburban city kid.
The sort of kid who walked to and from school each day.
Knew how to skateboard.
Belonged to the city pool, where I, obviously, had a supreme crush on one of the lifeguards.
And had participated in my fair share of TP-ing Parties.
I was friends with all the kids in a four block radius.
Had a best friend just around the corner.
And a boy my age who lived down the street and who tried to weasel me into a kiss practically every other day.

And yet.
The 60-something-year-old woman who lived across the street fascinated me like no other.
Her name was Dorothy.
And I remember she had an older son who always got into trouble.
I also remember sitting in her kitchen one day and her offering me a cup of milk.
After taking a sip, I immediately realized that the tart, creamy thickness in my mouth was not Borden.
Catching the fear in my eyes, Dorothy chuckled and told me it was goat milk.
I couldn't swallow.
So, I pretended to.
Then immediately pretended to take another sip but instead did the whole spit-it-back-in-the-cup switcharoo.
After noticing that I wasn't going to drink anymore goat milk, Dorothy gave me an understanding wink.
Took my full glass and... to my horror... poured the leftovers back into the glass milk jug.
Whether it was because I felt sorry for her because of her punk son.
Or because I was so completely stricken with the thought that she'd eventually sipped on my milky spit-up.
I don't know.
But, she'd tell me to wash her car.
And I had the soapy buckets practically filled already.

One day, after getting permission from my parents, Dorothy asked me if I'd like to spend the weekend with her on her farm a few hours away.
Would I?!
The next thing I knew.
My father was dropping me off in front of a small, white-wooden country-style house.
Dorothy waved from the front porch, a dish towel in her hand, and a half-apron around her waist.
First, she showed me around the house.
Brass beds with clothes-line sheets.
Lace curtains at the kitchen sink.
Wooden floors that creaked.
Then, she took me outside to her farm.
There were the infamous goats.
There were a couple of wrinkled turkeys and a rather fat, pink pig.
There was a jersey cow with an actual bell around her neck.
A henhouse full of roosting chickens.
And a garden with a short, wire fence.
Over the course of the weekend.
I avoided the goats.
Stared in horror at the turkeys.
Nuzzled snouts with the pig, feeding her daily metal buckets of scraps.
And learned how to milk a cow.
I learned which ripened fruit to pick.
And was taught how to make homemade fruit roll-ups with the berries I plucked from the garden.
I was taught that gathering eggs from the henhouse can be rewarding.
(We sold the eggs and used the money to buy Blue Bell icecream.)
But also dangerous.
(Snakes liked to swallow the eggs just as eagerly as we liked to slurp our icecream.)
And as terrified as I was each time I entered that henhouse and reached for the nest of eggs.
Dorothy's stern and yet patient farmwife voice gave my fear the extra push it needed to gather them up in the bowl of my apron.
By the end of that first day, I crashed within the cool, cotton sheets of my bed.
The windows open and the lace curtains fluttering me to sleep.
Then, up again when the sun rose the following morning.
It felt like a summer's worth of farming.
And yet.
When my parents showed up just two days later to pick me up...
I wasn't nearly ready to leave.

Looking back, I realize Dorothy's Farm was little more than a house at the end of a cul-de-sac which lent an acre or two more of a backyard.
But for me, it was perfect.
It was fields and fields to tend.
It was pens and pens to feed.
It was the start of a hope that still lives within me...

Oh! To tramp about in work boots and apron!
Tending the fruits and vegetables of the garden and all the animals of the farm!

So what do you say?
Want to head out West?