The One With The Nerds I Have Loved. 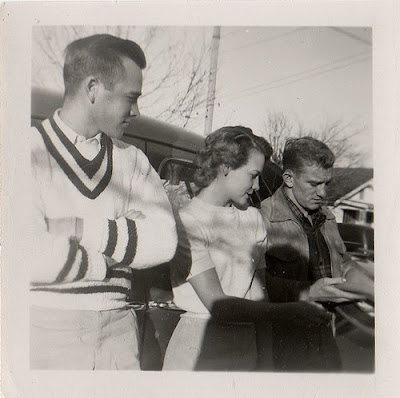 I spend a lot of time thinking about Jon Cryer.
Most particularly, Phillip F. "Duckie" Dale from Pretty in Pink.
Something about his awkward, lovesick, quirky and moody personality.
That and his ability to pull off impromptu dance performances with a comb.
(Also, I find it bittersweet that in the original movie script, he gets the girl.)

Don't worry.
It's only a slightly unhealthy obsession.

But there are others.

Other slightly unhealthy obsessions with pop culture nerds.
Nerds who don't realize they're nerds.
Because of their massive amounts of self-confidence.

Like Bill Murray as Dr. Peter Venkman in Ghostbusters.
Andrew McCarthey as Jonathan Switcher in Mannequin.
Matthew Broderick as Ferris Bueller in Ferris Bueller's Day Off.
Sean Astin as Mikey Walsh in The Goonies.
Joshua Jackson as Pacey Witter in Dawson's Creek.

And, let's not forget Anthony Michael Hall.
The Geek in Sixteen Candles and The Brain in The Breakfast Club.
Who I actually ran smack into as I was passing by, and he was coming out of a turnstile.
I just might have mumbled, holy shit.
Which most definitely made him laugh.
As well as turn back and wave to me as he rounded the corner at Rockefeller.