The One With The Silly Faces. 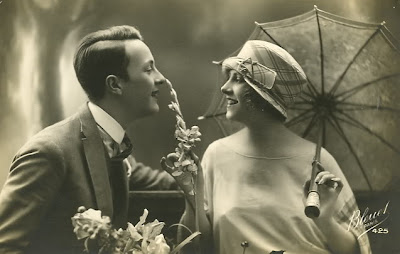 My father had a sister named Jodi.
She was eccentric.
The sort that my sort would sort of dig.
Want to grow up and be exactly like.

But then something happened.
Or perhaps it was just always there.
But Jodi began to pull away.
Kept changing religions.
Ran off to North Korea.
Became flighty.
And selfish.
And heaved her baggage onto those around her.

At one point, though, she seemed happy.
At least, I remember her being so.
Remember the red and white plastic necklace she'd made me.
Remember she was married to a man named Chris, then.
And every time they'd come to visit.
We'd play this game called Silly Faces.
Where Jodi would take a series of quick photographs of Chris and I making random expressions.
He'd yell, "Laugh!"
And we'd both mock the largest laughter for the flash of the camera.
I'd yell, "Happy!"
And you could see my gums from a mile away.
She'd yell, "Sad!"
And we'd stick our bottom lips as far as they'd go, quivering.

And then they got a divorce.
And I never saw him again.
And she began to pull away.
And it became years between visits.
Until they ceased to exist at all.
And I think it's sad.
The gap that was left.
That is left.
Of memories and never-agains.
Of wonder wheres.
Of remembering the someones you'd once loved.
The same someones who'd once loved you.