The One With August And Everything After. 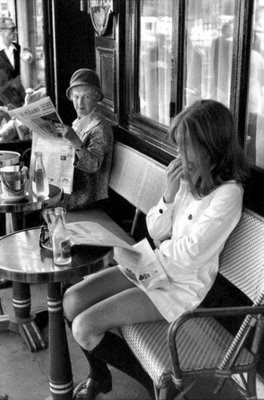 There was once this boy named Noah August.
Who sat beside me in an eighth grade Spanish class.
Who had a friend in the seat beside him who had a crush on me.

Therein.
Noah became the middle ground.
The messenger who'd pass notes from his friend to me.

Always, though, before handing the notes over.
Noah would scribble a witty greeting to me on the outside of the note.
I'd chuckle at his hello, then open the letter.
Paper torn from a spiral notebook.
And check off the "Maybe" box.

It was a weekly little game the three of us played.
A game in which I kept Noah's friend waiting.
A whole year, in fact.
Before, finally, giving him a definitive answer.
A box checked, "No."
With a scribbled, "I'm sorry" beside it.

It was cruel, yes, making Noah's friend wait so long.
But it was a cruelness born of kindness.
I just couldn't stand the thought of hurting someone's feelings.
So, even though I had known my sentiments since the beginning of that school year.
I waited for the summer to draw nearer.
A summer in which Noah's friend could spend slowly mending his broken heart.
(Besides being cruel, I was apparently full of myself, too.)

After checking that box, and scribbling that sorry.
I folded the letter up and handed it to Noah.
Before handing it back to his friend, he scribbled a note.
The sort of kind remark cloaked as a fist-to-shoulder guy-ism.

Noah hadn't had to read my response to know what I'd finally checked.
Because he knew what my response would be.

And despite knowing that my response would hurt his friend.
Noah still turned to me.
And smiled.

And in that moment.
Somewhere between his scribbled condolence.
And smile.
Noah, our middle man, was being sympathetic to us both.
Because even though there was loyalty in the fact that he and his friend had known each other since diapers.
He and I had formed a bond as well.
A bond formed from a year of bus rides together.
A year of bus rides that I occasionally took when one of my parents couldn't pick me up in the afternoon.
Bus rides that Noah didn't have to take to get home.
Seeing that he lived caddy-corner to the school.
He hitched a ride, nonetheless.
And, turned around, rebelliously, in his seat.
Elbows stretching out, facing me.
Discussing religion and vegetarianism and philosophy and kayaking.
Me, listening.
And asking endless questions.
Just trying to understand the heaviness of it all.
Until the bus came to a stop in front of my house.
And we'd pause our conversations until next time.
And wave goodbye to each other.

Then Noah would ride with the bus driver back to the school.
Then walk across the street to his home.

We were both crazy for each other.
That much was obvious.

Because.
It was during those long orange, summer days of our early teenage years.
When we both came to an understanding, I think.
An understanding that our friendship was too hard for us both.
That it was too hard to continue on hitting a dead end, so to speak.
Strange enough as that is to imagine for mere 14 year olds.
We felt it.
The inevitability of it all.

Looking back, it seems strange and silly and over dramatic.
But he was too heavy for me at the time.
And I was too forbidden.
And so it went.
An adult decision made silently and awkwardly by two children over the summer.
A decision we both stuck by.

So much so that I don't really remember him at all during high school...
During college...

Until one day.
When I'd grown older.
With different clothes.
Longer hair.
Living in a different country.
Where I was much tanner.
With sand between my toes.
And welcomed the heavy thoughts of my age.
I sat at Cafe Azul.
An Italian coffee shop on the island.
A place I'd spend far too many hours at.
Just nibbling on chocolate biscotti and drinking Lavazza coffee.
And tipping well.
So that I'd always have a reserved table and free refills from the black-haired waitresses.


And as I sat there.
That one day.
An older woman came in dressed in flowing linens.
Dozens of bangles on her wrists.
A devil may care attitude.
And a secret at the corner of her lips of the adventures she'd had.
Instant inspiration for the creativity that seemed to be blossoming within me at that time.
And an instant, mysterious flashback to Noah August.
I don't know why.
But it was lovely.
Remembering him.
Finally understanding him.
Finally realizing the soul of a moment we shared together.

During the following three months.
I wrote, Signed Bertie.
A epistolary novel with characters based on Noah and I.
A what could have been.
In the happiest and healthiest of wishful thinkings.
And it is wild and beautiful.
And nearer to my heart than anything else I've ever written.

I can't wait to read it to you.