The One With Vacation Day Ten. 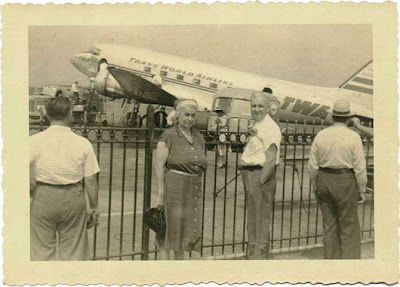 Jacksonville, Florida
Dear Lover,
I'm probably the only person in the world who loves a layover.
Love getting to the airport early.
In fact.
It was one of my favorite parts of being a flight attendant.
Oh, you didn't know I was a flight attendant?
I was.
And when I was.
Unfortunately.
I gradually began to hate flying.
Being up in the air.
Being so aware of the cramped spaces.
And the side-cut glances.
The recycled air.
The roles that were played.
The bumps that reminded me that I was daily defying gravity.
But once landed.
On those many layovers.
During those many early minutes before taking off.
Lounging about in navy uniforms in barrel seats and crossed legs.
As my fellow flight attendants spewed hushed words of malice about the passengers.
I'd people watch.
And that's what I'm doing right now.
People watching.
Exhausted and entirely relaxed.
From such a wonderful ten days.
Road-tripping it with Mother Mary and Brother.
Just waiting to board.
Just staring at the strangers in their barrel  seats.
Trying to decipher their idiosyncrasies.
Their ticks and expressions.
Their clothes and luggage and too many carry-ons.
Imagining up their lives.
And creating their destinations.
Making a home of sorts in this terminal of travelers.
And what do they think of me?
What world have other starers imagined up for me?
Me.
Just sitting here in my barrel seat.
In the last of the clean clothes.
Munching on these M&M's.
Being poked by Brother.
Can they imagine the adventure I've just been on?
And does that imagined up, stranger's world, include you?
Love,
Me.
Posted by Unknown at 6:00 AM