The One Where I Sort Of Found It Funny That He Was Shorter. 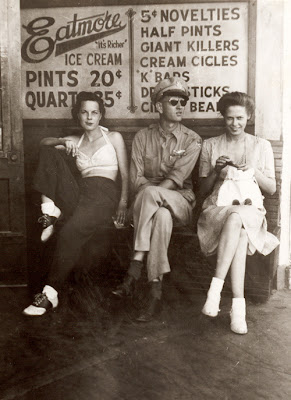 I saw Jill as a mother in the grocery store.
Gap jeans and Bobbi Brown lipstick.
I saw a freshman version of Kristy by Starbucks.
Matted make-up and her grandmother's hairstyle.
I saw a shorter, sophomore version of He-Who-Must-Not-Be-Named standing in the middle of a sidewalk.
College boy hairstyle and ice blue eyes.

Three sudden reminders this week of memories long ago repressed.

The thing is.
The last time I lived in this town.
I was stifled.
And overwhelmed.
And sick and lonely and backstabbed.
In fact, I was tangled.  I was such a wreck, that I've nearly repressed every single memory of the place.
So it was a huge surprise when I found myself back here.
After the dust settled, so to speak.
The boxes all unpacked.
My worldly possessions all in their place.
And I remember sitting in my apartment.
The size of an elevator.
And suddenly feeling those old emotions surge.
Felt Tibet rising and crumbling.

But something happened that night.
Something pulled me from the womb-like curl I'd shaped myself into on my bed.
Stood me up.
Led me to my stereo.
Turned up that volume control.
And told me to have a dance party with Dorothy Parker.

And the thing is.
Something else has happened here, too.
I've noticed it over the past six months or so.

For the first time in this town that once stifled me.
I can breathe.
I can laugh.
I can cry and sleep and eat.
And walk, noticing the trees instead of the cracks.

And this.  More than anything.
Is how I know I'm where I'm supposed to be at the moment.
Despite not getting that job I'd so wanted.
Despite not feeling fulfilled in my current job.
Despite living paycheck to paycheck.
Despite not being able to travel the world at a whim.
Despite not having you to hold onto.
I know it.  I can feel it.
That I was brought back here.
Back to the place where I once was so bruised.

So I could heal.

And to tell you the truth.
I think it's working.
Because, when I saw those three ghosts this past week.
I forgot them the following moment.