The One With The Protein Pie. 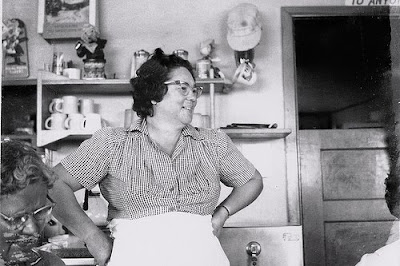 Dear Lover,
I moved back in with my parents when I was 25.
For a short time.
That ended up lasting a year.
Or so.
Okay.
Two.
At one point, I decided to make them a pie every week.
As thanks.
I'm the baker in the family.
No one put up a fight.
So each week.
I'd gather up the ingredients from my mother's cabinets and containers and set to work.
A few pies later.
As Mother Mary and I sat on the couch eating a slice each.
We got to talking.
In a round about sort of way.
I mentioned that there was something wrong with the pies.
Didn't taste exactly right.
And although Mother Mary had pretended that nothing was wrong for quite awhile.
Out of motherly kindness.
And I had pretended the same.
Out of pride.
As we sat there that day.
Cautiously eating our slices.
We cautiously broached the subject.
And cautiously decided that something was definitely wrong with the pies.
Texture wise.
"Let's figure this out," Mother Mary suggested. "Tell me what ingredients you've been using."
We convened in the kitchen, where I began pointing out the goods.
"I used your Mexican vanilla, ALOT of the butter you have stacked on the side of the fridge door, the sugar from the blue container, and the flour from the green..."
Mother Mary stopped her gingerly chewing.
"The what from the green?" she interrupted.
"The flour from the green container. Right there on the counter..."
Mother Mary began to hoot.
I began to holler.
"What?!" I threw my plate of pie onto the counter and spit my bite into the sink.  "What is it?!"
Turned out.
The green container no longer was used for flour anymore.
With a kid brother on the High School Varsity Basketball team, things had changed.
It instead... held protein powder.
No wonder he'd been hitting a lot of three-pointers during his games...
Love,
Me.
Posted by Unknown at 6:00 AM